Acoustical treatment is commonly associated with environments meant specifically for listening to or recording music.  But the value of proper acoustical consideration in public and private spaces of all types can be underrated.

During the past few decades, architectural acoustics has gained popularity in places like schools, restaurants, healthcare facilities, and even homes. This is due to a few things. Mainly increasing population density in urban areas and design trends that create reverberant spaces. So, we have more people in a smaller amount of space. These spaces are full of hard, bare, and therefore, reflective surfaces for sound waves to deflect off of instead of being absorbed. This perpetuation of sound due to reflective surfaces is called reverberation. And long reverb times, combined with increased volume and sound intensity, is the enemy of comfort.

Proper acoustical treatment isolates noise so that it is kept from transmitting into areas where it is unwanted. It also lowers noise levels at the source within the space that it is made. Other applications simply improve the quality of sound within a space, lowering reverberation time so that individual sounds can be hear more clearly which improves speech and other audio intelligibility. These results of acoustical treatment all create more pleasant places to live and work.

Earlier this year, The New York Times published an article discussing the U.S. standards on workplace noise levels – which are less strict than many developed nations. It reads, “In the course of a day, New Yorkers may be subjected, by accident or by choice, to a wide range of noise: from a pounding 105 decibels at a spin class in Manhattan to a serene 59 decibels at the Evergreen Cemetery, which straddles Brooklyn and Queens”. OSHA, the Occupational Safety and Health Administration, requires workers wear hearing protection if exposed to noise levels over 90 decibels for eight or more hours a day. Many other countries require this same protection at 85 decibels: a staggering difference if you consider that many agencies claim the risk of hearing loss doubles with every three decibels. When noise levels were documented in a Manhattan restaurant on a Saturday night, however, the average noise level was 99 decibels… but how many waiters and bartenders do you see wearing earplugs?

The problem with sound-intense spaces is not only that they are very obviously harmful to our hearing, but even when the overall dB level is acceptable, reverberation makes verbal communication next to impossible. The Los Angeles Times also commented on the rising noise levels in restaurants earlier this year with an article entitled, “Taking the Din out of Dinner”. It reads:

These design elements have unintentionally added noise, but nothing was put in place to take it away, which is where acoustical treatment comes in. One patron of an LA restaurant said she went out to eat in hopes of having conservation with friends but was completely unable to due to the noise level in the business; “It kind of ruined the experience for me.” the Cal State Northridge student said, recalling the loud music and diners shouting to be heard over the dinner.

According to a recent nationwide Zagat survey, restaurant noise has become the second leading complaint of restaurant-goers, losing only to lousy service.

Scientists at the Max Planck Institute for Human Cognitive and Brain Sciences in Leipzig discovered earlier this year that speech content and bad acoustics draw on same limited brain resources. This is bad news, especially with young children who may already have a hard time focusing.

A growing trend in education, distance learning, adds yet another obstacle to intelligibility and student focus. 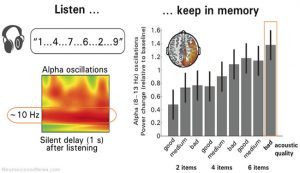 Cleveland.com discussed noise issues at a local hospital this past August:

Kathleen Vidal, director of nursing practice development, is in charge of patient experience at University Hospital in Cleveland where noise reduction efforts are underway.

“Noise, say Vidal and a growing number of researchers, affects patients’ ability to rest and recover as well as staff’s ability to function in a high-pressure environment for many consecutive hours”.

After implementing acoustical changes to the hospital environment, UH saw a 56% raise in the number of patients who rated their hospital rooms as ‘always’ quiet.

The same article states that “a recent study out of the University of Illinois at Chicago showed that millions of prescription errors were made each year because of similarly sounding names of medication being confused in a noisy environment. Another study from the University of Minnesota in 1976 found that it took patients significantly longer to recover from cataract surgery when construction noise was present”.

Unsurprisingly, it seems that noise can create stress, anxiety, and sleep deprivation in hospital patients.

Noise Pollution and the Urban Home

Those of us who live in densely populated areas also know the pain of trying to relax or get some sleep when your neighbors have other plans.

A blog entry this past May by the National Resources Defense Council discusses rising noise pollution, citing Lisa Goines and Louis Hagler’s 2007 article published in the Southern Medical Journal which states that “in a way that is analogous to second-hand smoke, second-hand noise is an unwanted airborne pollutant produced by others; it is imposed on us without our consent, often against our wills, and at times, places, and volumes over which we have no control.”

Acoustical Solutions, Inc. has been the industry leader in soundproofing and noise control for over 20 years. With the broadest selection of acoustical treatment and wealth of experience, our architectural sales team is prepared to walk anyone through their noise issue at any facility, public, commercial, or residential. Contact us today to learn more!

Great article but this begs for a followup on broadband sound (masking) vs. tonal noise and acoustical “quality” in space design.

Good point Kevin, thanks for the suggestion. Maybe one of our architectural reps will be up to the task of writing the follow up!

It’s not just restaurants that cater for the about-to-be deaf young. Rail station announcements – whether underground or on open=air platforms – are now fed to intending clientele through horn-loaded speakers that have limited frequency range and are set at one level – too loud when there are no trains and too soft when trains are decelerating, accelerating or just rushing through. In some underground stations, the reverberation makes the announcements indecipherable. Also, the level set takes no account of neighbours – I live about 600 m from an open-air station and often I can hear departure announcements. And the level set takes no account of the number of people on platforms who will absorb sound.
The end effect is that I don’t hear the important announcements that I need to choose which train to board or I hear announcements I don’t need when I’m trying to sleep.

Bravo ! Thank you for recognizing the terrible effects of noise in public areas. I refuse to return to the Venetian Hotel in Las Vegas because of the terrible noise in the “outdoor” indoor area with canals. Same holds true for the Paris casino. I come away nervous and agitated after a short period of time. Also stopped going to Romano’s Macaroni Grill restaurants. Love the decor but you cannot hear your dining partner due to the noise.

Thanks for the feedback, Mark! It is unfortunate that some hotels and other businesses in the hospitality industry don’t make soundproofing a priority. Especially when online review sites offer the perfect opportunity for agitated customers to ruin the venue’s reputation. People should be able to get a decent night’s sleep in a hotel, and they should be able to have a conversation at their table in a restaurant. If this isn’t possible, the acoustics need to be considered.