What is Sound Diffusion?

What are Sound Diffusers?

Sound Diffusers are tiles or panels that are feature an uneven facing and typically a hollow core. Also called Acoustic Diffusers, they can be constructed from fiberglass, wood, or even plastic. They can feature a barrel, concave, or convex facing. Diffuser panels typically do not feature a flange as they are mounted on a wall. Diffuser tiles do typically feature a flange to help suspend them from a standard ceiling grid.

Why is Sound Diffusion Important?

Ever been in a room and one spot sounds great while another spot sounded lackluster? That room needed sound diffusion. The basic reason is that sound waves travel in straight lines. They will continue that path until they strike an object that changes their path. Once they strike something they reflect at the opposite angle. So, a rectangular room with parallel walls will get “slap echo” or sound wave bouncing back and forth between the two walls. If an audio diffuser was placed on one of those walls, the sound wave would reflect more evenly and help eliminate “dead” spots in the space. Sound Diffusion is extremely important in mix rooms, live performance spaces, and home theater spaces.

Some examples of products that offer sound diffusion are: 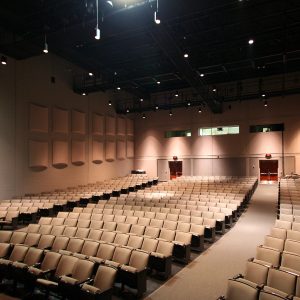 Tips and Reminders for Sound Diffusion

Think of sound like a bouncy ball, when that ball is thrown straight at a wall it comes straight back, but if it’s thrown at an old, weathered brick wall it may reflect at any variety of angles, depending on where it hits the wall. Sound waves travel in straight lines, they hit something and reflect out. When sound waves hit a diffusor, the reflection comes off in a wide array of angles, evenly filling the space so there really is not a bad seat in the house.

Author: Steve Snider Last updated on: Wednesday, March 30, 2022
SHARE:
Back to All News