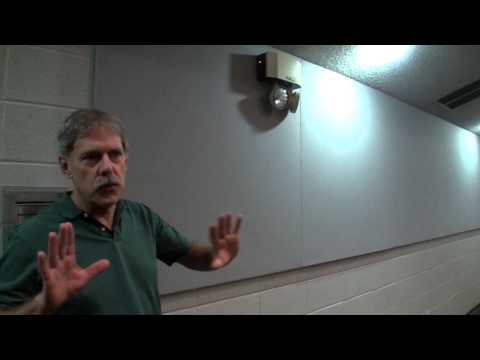 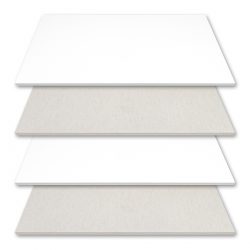 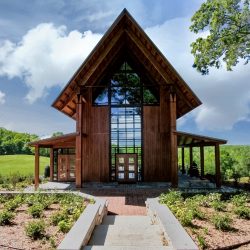 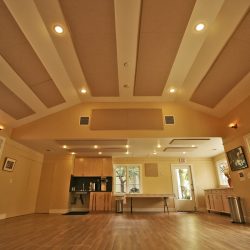 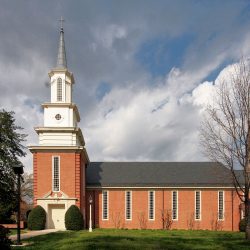 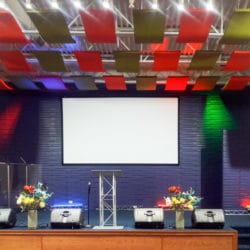 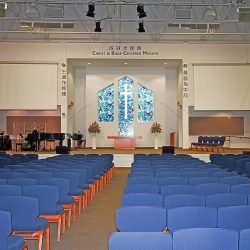 Church of Christ at Mountain View 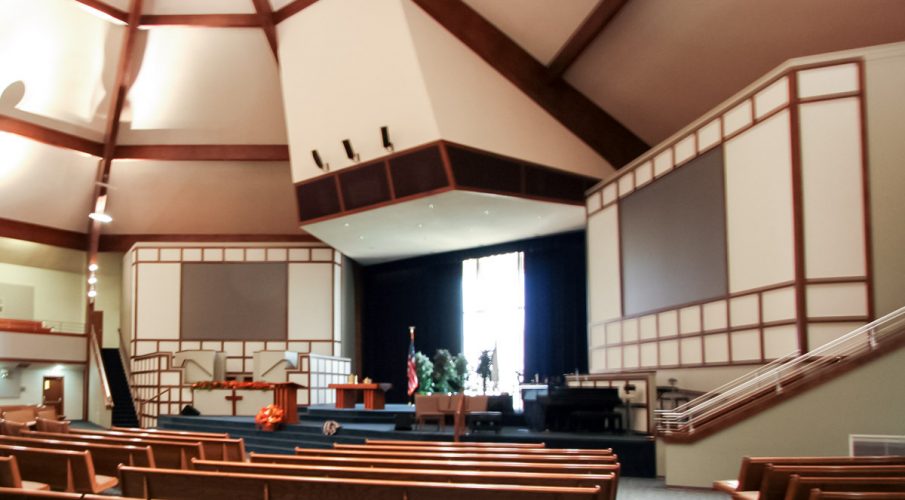 Church of Christ at Mountain View was having trouble with noise from their hidden projector rooms. They also had an auditorium that created so much reverb it was hard to understand sermons or have enjoyable musical performances. Carefully chosen and placed acoustical treatment from Acoustical Solutions solved both issues and made for a happy congregation.

Tom Stephenson runs sound for the Church of Christ at Mountain View in Winchester, Virginia. He is also a mechanical engineer and congregation member.

After an auditorium remodel, the newly painted block walls would create a long reverberation time, drowning out speech and music. In addition, the two projector rooms would act as amplifiers for any sound that entered them. This reflected sound back out and created “slap back” echo.

“One last peeve was that when we had programs or weddings in the auditorium and people wanted to show something on the projectors, we would have to keep them running throughout the service, even when we weren’t using them, ” said Stephenson, “If we turned them off, it would get suddenly silent in comparison, because you can hear the projector fans so loudly in the auditorium.“

After several trips to the church, Acoustical Solutions prepared a treatment plan for both the auditorium and projector rooms. The team used AlphaSorb® Acoustic Panels for the lower level, balcony facing, and second level to absorb sound and lessen reverberation. Lastly, the team installed PolyPhon™ Polyester Acoustic Panels in the two large projection rooms. These panels put an end to the persistent slap-back echo and quieted the projector fans.

The reverberation time in the space was decreased by over a full second. Stephenson even mentioned that some congregation members who used to use the church’s Hearing Assistance Systems, no longer required them. Also, the projection room panels have made it possible to power the projectors on and off during services with no sound change in the auditorium.

From the Client: “The response to the treatment has been great. We can now hold all kinds of musical performances in here and it sounds really good. I wouldn’t allow it before because I knew it would be a disaster.” – Tom Stephenson