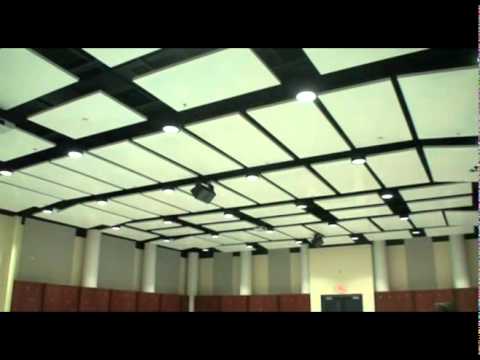 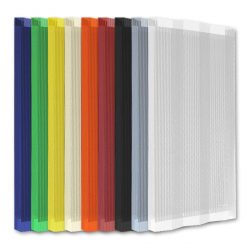 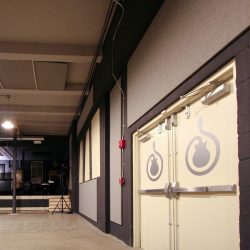 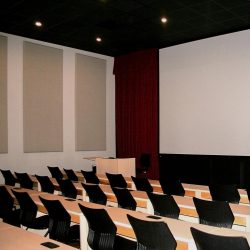 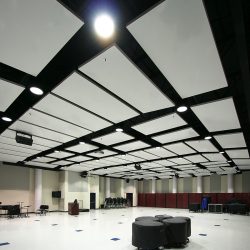 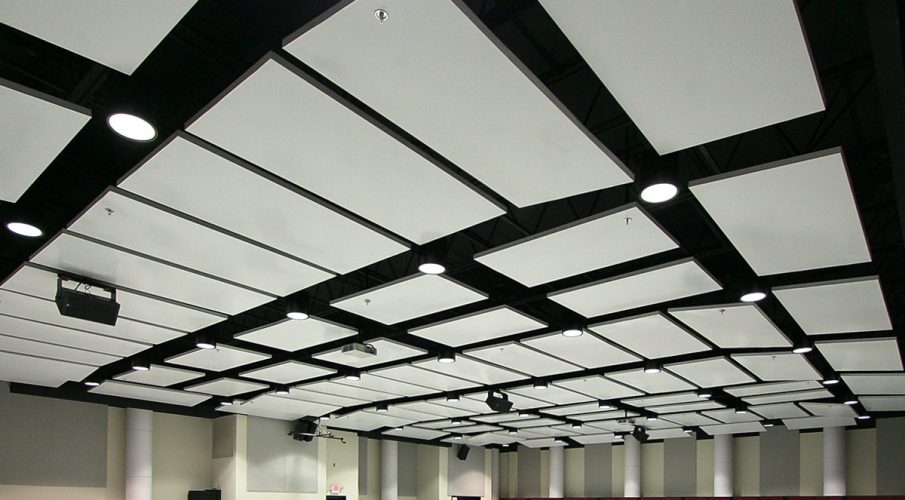 It was time for Liberty University’s marching band, The Spirit of the Mountain, to upgrade to a new band rehearsal room. Dr. Stephen Kerr, the band’s director, wanted perfect sound in the new space, so he called Acoustical Solutions.

Together, the two organizations came up with a plan to install acoustic panels and hanging acoustic ceiling tiles in the rehearsal room. The treatment would complement the sound diffusion that had already been planned. In the end, the noise control solutions that were put into place greatly improved the acoustics in the new facility.

The director’s main objective was to create a true rehearsal space, which is acoustically very different from a performance hall.

“Performance halls need to ring, the frequencies need to be live,” Kerr explains, “they’re forgiving. In a rehearsal space, on the other hand, you need to hear everything, so you can fix everything. You still want pleasing frequencies, but you don’t want the ring to be as long or as loud.”

In addition to having superior acoustics, the new space had to also look the part. Liberty University is the largest Christian university in the world, and all of its facilities should reflect that distinction.

Accordingly, Kerr says students, faculty, visitors and especially prospective students need to see the new rehearsal space and think, “This is collegiate, I like being here.”

Liberty’s new band rehearsal room is almost a perfect rectangle.  Before acoustical treatment, all of the surfaces were hard, flat, parallel, and reflective. This all contributed to a 3.5-second reverberation time and an overall bad sound.

First, Acoustical Solutions installed 30 AlphaSorb® Acoustic Panels on the room’s walls. These panels absorb sound before it is reflected toward the floor, ceiling or other walls, which reduces reverberation and slap-back echo.

The panels reduce the amount of indirect sound waves the band director and band members hear, which allows them to hear mostly direct sound waves. This increases their ability to pick out potential problems.

Next, Acoustical Solutions installed more than 75 AlphaPerf® Metal Ceiling Clouds. These absorptive acoustic clouds are hung from the ceiling and have many of the same advantages of the AlphaSorb® Acoustic Panels.

In this application, the AlphaPerf® Metal Ceiling Clouds were installed in parallel rows just as normal ceiling tiles would be, but with some slight angling for sound diffusion.

Another benefit of this installation is that since the clouds don’t require tracking, some sound is able to pass by and resonate in the space between the clouds and the ceiling. This gives the room the little bit of resonance Dr. Kerr sought, without creating a full performance atmosphere.

Aesthetically, the lockers and columns are a big factor in helping to achieve Dr. Kerr’s goal of looking collegiate, and a place where students feel comfortable and proud.

The lockers and columns also diffuse sound. Sound diffusion occurs when reflective objects with complex surfaces scatter, or break up, sound waves. This dispersing process ensures that the sound not absorbed by acoustic panels or other absorptive treatment will instead be diluted and attribute to a ‘full’ sound – not an echo.

The Spirit of the Mountain now has the balance that it aimed for when planning the rehearsal space.

“Our first room was too loud, so we had to absorb all of the sound. It took away from the beauty of the sound,” explains Dr. Kerr. “A big part of the new room was not absorbing as much, but also diffusing to keep some of the sound alive – and Acoustical Solutions achieved that goal.”

“All of the acoustical treatment works well,” he adds, “all of the groups that have played in it will tell you that.”