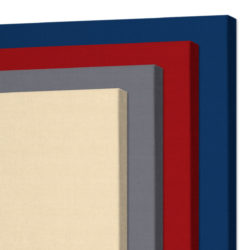 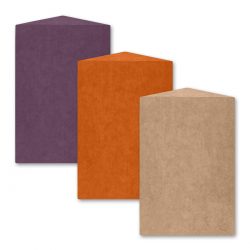 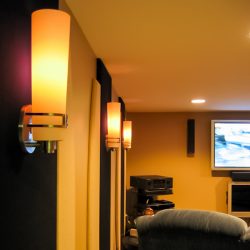 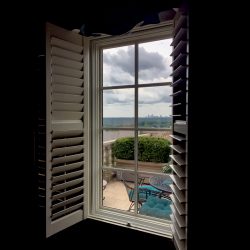 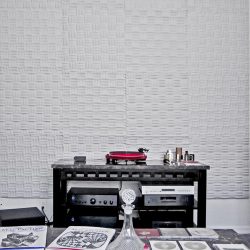 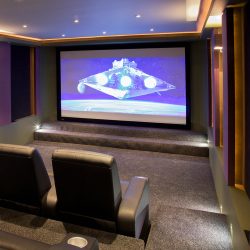 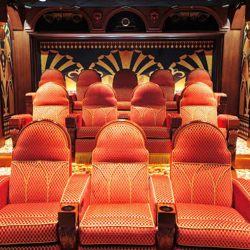 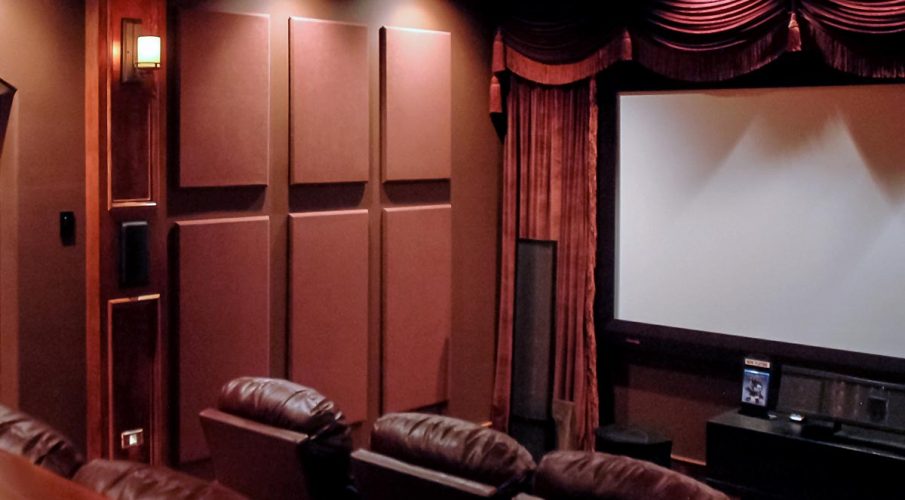 After years of planning, Jeff Autor’s home theater was to be state of the art. After some careful research and preparation, he was able to construct the viewing room of his dreams, with acoustical treatment from Acoustical Solutions.

“My home theater journey began when I decided to bite the bullet and build a new home,” said Autor, “after doing a lot of searching and pricing, it became clear that if I wanted a dedicated theater, I was going to have to build new and custom. The fact that we don’t have basements in Houston is the primary reason you have to go custom (or at least, a custom addition).”

Autor knew that soundproofing his home theater was one of the first considerations that he must take so he would not disturb other areas of the house, or the neighborhood. “The home site is in a quiet subdivision, so I knew that while I’d be doing “extra” to the space for sound isolation, it wasn’t going to be critical. I also planned to put the theater over the garage bays to help isolate it from the bedrooms (which would all be on the opposite end of the house).”

The 16×22′ unfinished space would need noise control, however, to allow for optimum sound quality inside the theater.

When Autor looked for acoustical treatment, he did a lot of shopping around. He wanted the products to improve acoustics and look great in his new home theater:

“As part of the design and color selection… and having seen the ” SoundSuede™” at an installation, I really liked that look. Perhaps it’s the commercial look and feel of the fabric patterns that sent me in that direction.

My builder had suggested and drawn up a plan using exposed (stained) wood framed acoustic panels… I decided against that as I thought there was (1) already a lot of exposed wood and (2) worried about light reflection from the frames. In the end, I think that concern was justified, and I’m glad I went with the wrapped panels. I thought about making my own panels as well. But without the tools and any real woodworking experience, I was concerned about the quality of the results (unlike a lot of my other work, this would be really visible!).

And once again, roaming the show floor at CEDIA helped a lot. As I was getting close to this point around CEDIA-time, I took my thoughts to the vendors’ booths. The guys at Acoustical Solutions were very helpful, took a look at the plans, offered some advice, and sent me samples of both the fabrics and the edge finishes. After some comparison shopping, that’s who I went with”.

Autor ordered 1″ thick SoundSuede™ Acoustic Panel in the color Cardovan from Acoustical Solutions and used them to cover upper and lower levels of his walls. All of the panels were 1″ thick with chemically hardened edges. He also ordered two SoundSuede™ Fabric Wrapped Bass Traps, 5′ high, 2″ thick, installed the rear corners.

Autor decided on a beveled edge, which he thought looked the most like something for a residential project.

“For mounting, I really wanted to avoid any adhesive, out of fear of the wall damage that would occur when I screwed up and had to move the panels. So that led to impaling clips, which also (rightfully) scared me because of the risk of me damaging the panels or fabric during installation”, says Autor, “the Z-clip solution was recommended, which is simply a two-piece bracket that mates as you hang the panel over it (like a picture hook). After a few missteps with my laser level (hint – just measure the walls at three points, put the laser across that line and be done!), hanging the panels only took a few hours.”

“After putting the panels up, the sound difference in the room is easy to hear. While the basic slap-echo reverb had disappeared, the room was obviously still fairly live. There were some points in the rear of the room with terrible reflections, and these all went away with the panels in place. There’s a definite difference with the panels installed.”