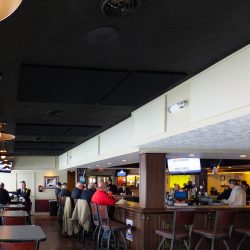 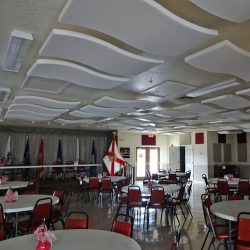 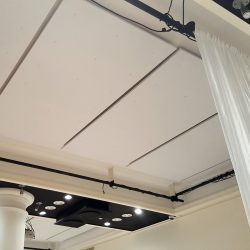 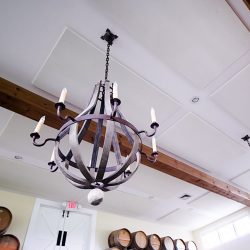 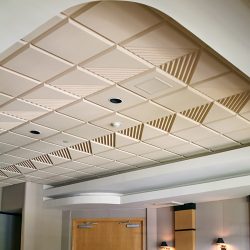 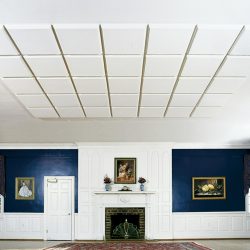 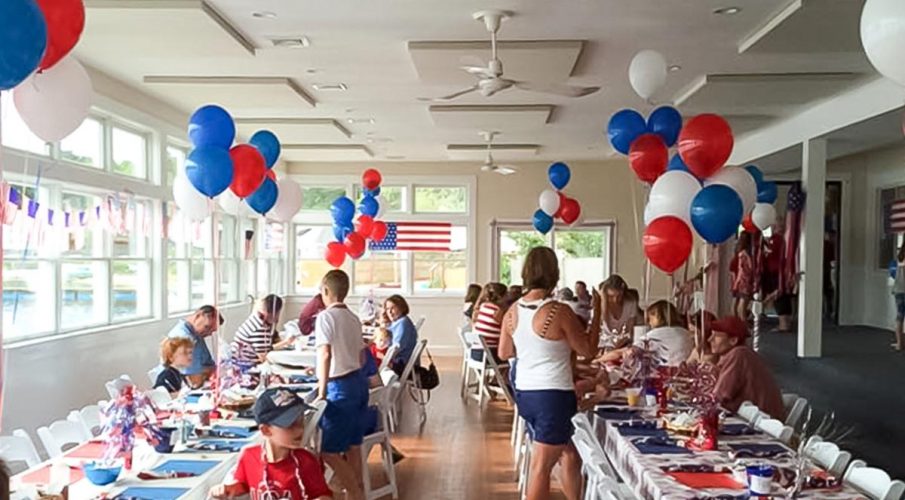 The Wequaquet Lake Yacht Club was in need of correcting sound issues in their moderately sized event space, located in Centerville, MA. Just filling two-thirds of the room with guests created overwhelming noise, making it difficult to those wanting to have a civilized conversation.

The space was a dining hall located on the back of the yacht club sitting right on the water. The room itself, had windows on the 3 of the walls, from ceiling to floor, leaving no space for wall panels. The ceilings were approx. 12’ high but free and clear with the exception of a few lights and ceiling fans. After running several room calculations, it was determined that 2″ thick fabric wrapped panels would get the job done.

The AlphaSorb® Acoustic panels were the obvious choice and ordered. However, these panels would need to be installed before the club’s open season in about 2 weeks. It was a bit of a time crunch but we pushed to get the panels produced and delivered in time. Immediately upon delivery, the two inch thick fabric wrapped acoustical panels were mounted direct to the dining room ceiling. The material was spread evenly throughout the room, avoiding lights, ceiling fans and other obstacles.

It’s obvious from the client statement below that although they were skeptical, the results were a solid win!

“I want to thank you for your attention to our sound attenuation issue at WLYC.  You got the panels to us ahead of schedule and we really appreciate it.  We have already installed the panels, and I was anxiously awaiting feedback from the first gathering.  I wasn’t sure if the project would be considered a success or whether it would forever be known as Hurley’s Folly.

This past Saturday, we had a gathering of 100+ and everyone was amazed.  Most confessed that they thought the panels would never work, but everyone involved said they could hear each other speaking, even when the music was loud.  Huge improvement!”