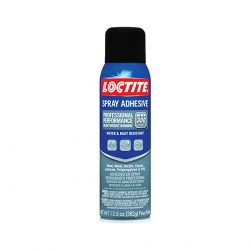 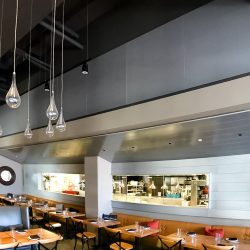 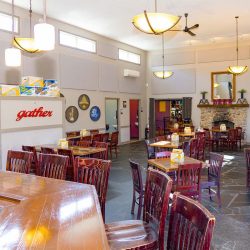 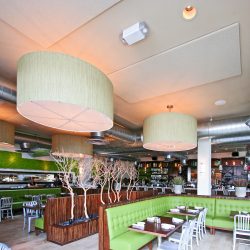 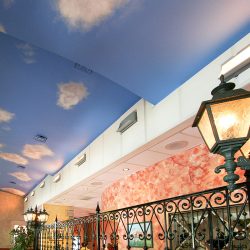 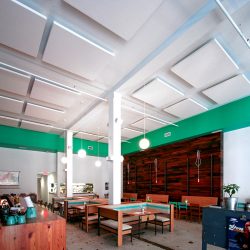 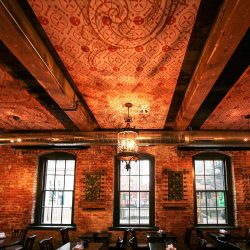 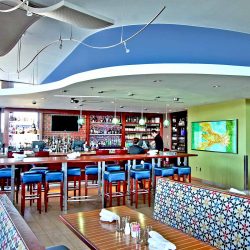 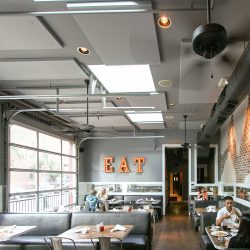 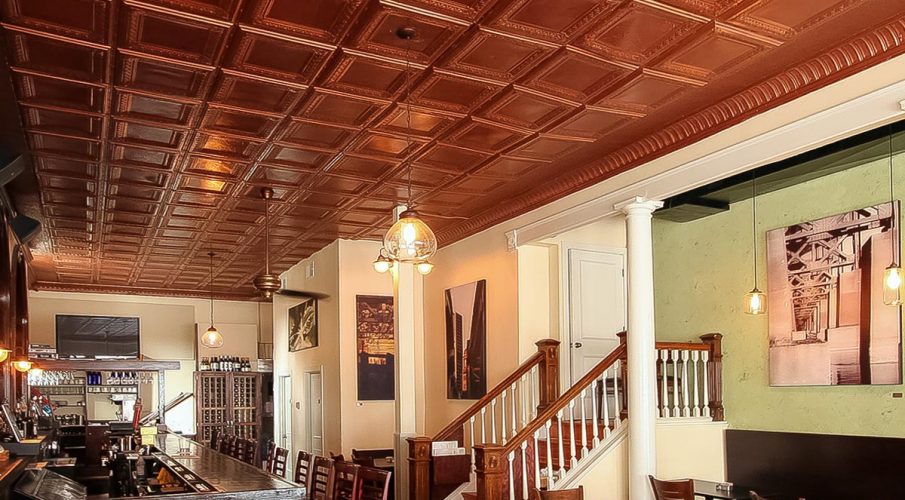 When an entrepreneur opened her second restaurant, she was excited to run a fun, neighborhood spot for casual dining and hanging out. What she didn’t realize is that it would be so loud. Noise control was necessary, but the owner didn’t want an acoustical treatment that would compromise the existing design. AlphaSorb® Acoustic Panels were custom made and strategically placed to blend into the background, decrease noise, and increase overall intelligibility of sounds.

Cabaniss said when opening her second restaurant, “I want people to have a lot of fun [at Mint]. It’s not going to be as quiet, I guess. Julep’s is a fine-dining restaurant, so the focus is much different [than at Mint]. So, I really want it to be a neighborhood restaurant.”

Mint gained a strong following early on, becoming exactly what Cabaniss envisioned for her “neighborhood restaurant,” The only problem? When the seats and bar were full, it got loud. So loud that wait staff and bartenders had a hard time communicating with each other and patrons.

Cabaniss contacted Acoustical Solutions. She asked if they could come up with a noise control treatment that would comply with the following:

Acoustical Solutions installed AlphaSorb® Acoustic Panels on the front and back walls, which were the largest bare surfaces in the restaurant and the biggest problem areas. The back wall was where the kitchen, wine racks, and bar all met, and where wait staff had the most trouble communicating. The front wall, next to the entrance, is where most of the seating is, and where diner’s conversations got lost in the reverberation. These AlphaSorb® Acoustic Panels were made in a color closely matching that of the existing paint.

Black AlphaSorb® Acoustic Panels were also custom made and installed along a black HVAC duct above an alcove with additional seating. Alcoves are problem areas when it comes to acoustics because sound waves get trapped in these narrow spaces creating echo.

Cabaniss later wrote to Acoustical Solutions: “I think the panels look good and I am happy that it has made some difference with the noise!”