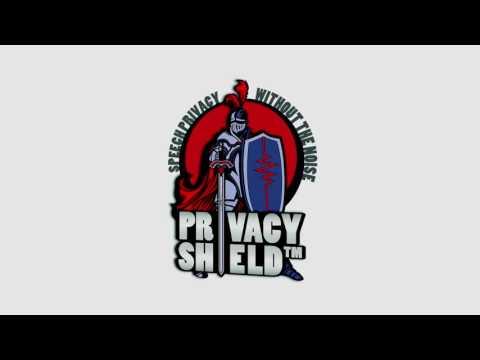 Soundproofing the Ceiling at Tandem's Office

National Institute of Standards and Technology

Speech privacy is often a concern in corporate office environments, healthcare facilities, laboratory environments, and conference rooms. The typical materials used in a standard suspended ceiling grid do not provide enough sound blocking capability to prevent the transmission of sound from one office to the next. Additionally, the partition walls are not built up to the roof deck. This allows sound to flank over the wall into the adjacent room. To prevent the leakage of sound, a system of ceiling tile barriers, acoustic light hoods, barriers and acoustical wall panels can be easily installed in each office.

This application will outline the process used to soundproof offices and provide some analysis of the results. Airborne sound describes sounds that travels from office to office in either direction and includes conversational speech and noise from equipment such as computers. The transmission path is not structure borne (vibration) although by necessity, part of the path is via the structure. Airborne Isolation is described in terms of the STC (Sound Transmission Class), or NIC (Noise Isolation Class).

The measurement of these parameters is made by producing broadband noise in one room and measuring the one-third octave spectrum in the source and receiving rooms. The difference in the measured sound levels is then adjusted for the receiving room acoustical characteristics for STC measurements (unadjusted for NIC mea­surements) and curve fitted to provide a one number rating of isolation performance. The basic differences between the two measures is that the STC value is a rating of the demising structure performance (wall between offices), while the NIC value describes the obtained isolation in the specific installation.

NIC is therefore the best metric to assess the speech isolation provided by the entire construction, walls, ceiling, interior materials, etc. The measurements were made using a Bruel & Kjaer Type 2250 Precision Sound Level Meter/Real Time Analyzer. A powered loudspeaker with signal from a pink noise generator was placed in one office, and the system was adjusted to provide a sound pressure level of 95 to 100 decibels. Measurements were made at eight locations in the office in which the loud speaker was placed (source room).

The measurement results are provided in the chart below (Figure 1) and summarized in Table 1. The NIC values are calculated by curve fitting the third octave data to a standardized curve using an ASTM specified procedure. It is clear from the measurements that the treatment is effective in increasing the noise reduction (average sound pressure level in source room – average sound pressure level in receiving room) and therefore increasing privacy between the spaces.

It is clear from the measurements that the noise isolation between private offices is clearly insufficient (less than NIC 30) under baseline conditions. With the treatment installed, the NIC values above 40 fall more in line with typical recommendations. By installing just the PrivacyShield® Ceiling Tile Barrier, the reduction for the third floor rooms was improved approximately 33%. Combining the ceiling tile barrier with the PrivacyShield® Light Hoods contributed 22% to the total improvement of 55%. The 2nd floor experienced similar results with an increase of higher frequency reduction. This improvement is due to the addition of the 1″ thick acoustical panels installed on the interior walls.

In the Customer’s Own Words

“The PrivacyShield® System is installed in over 200 private offices and all conference rooms in the building. The most common statement from the building occupants – ‘a night and day difference’ in regards to their Speech Privacy. I can say that the ceiling treatment no only met but exceeded our expectations.”