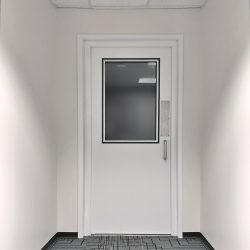 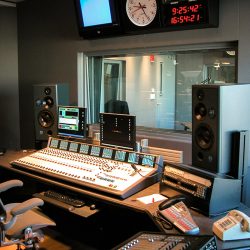 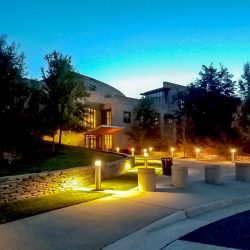 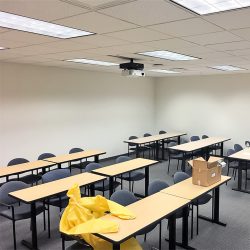 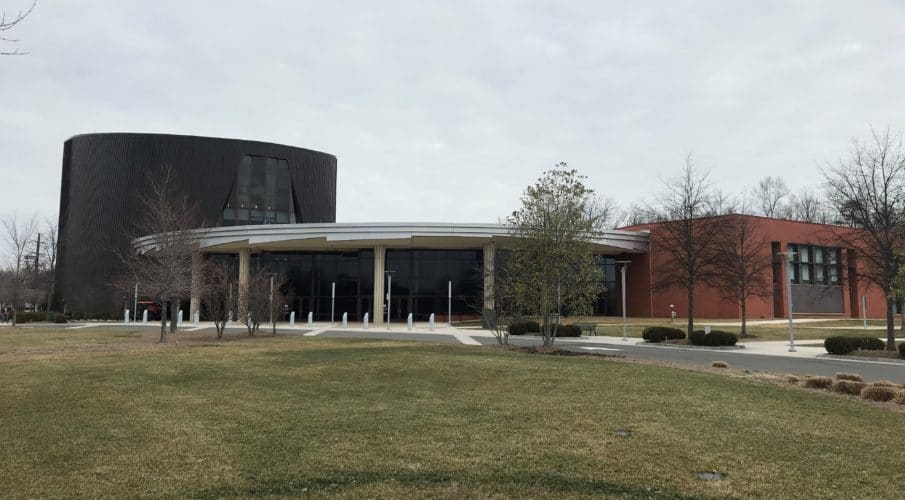 George Mason University’s Hylton Performing Arts Center’s new Education and Rehearsal Wing completes the original vision of the building. It adds 17,000 square feet of space for theaters, auditoriums, ensemble halls, music practice rooms, rehearsal/performance rooms, an art gallery and several classrooms to their facility. Since this is a new addition it gave the university the opportunity to furnish the best acoustic treatment for their center.

This need is what brought George Mason University together with Acoustical Solutions to furnish their rooms with IAC Noiselock doors and windows. Acoustical Solutions’ scope of work included noise treatment for 6 music practice rooms, 2 classrooms, control rooms and performance/rehearsal spaces.

George Mason University being one of the best universities in North America, offers more than 100-degree programs at the master’s, doctoral, and professional levels, as well as more than 100 graduate-level certificates. The Hylton Performing Arts Center is a world-class home for arts and entertainment in Manassas, Virginia. Housed on Mason’s Science and Technology campus in Prince William County spread over 17,000 square feet this breathtaking venue features two theaters, the Didlake Grand Foyer, and the Buchanan Partners Art Gallery.

It was very important that the rehearsal and practice rooms were isolated from exterior noise and noise from adjacent rooms. This could only be achieved by high STC rated doors and windows. Being an iconic Performing Arts Center for George Mason University and the community, the overall aesthetics were paramount in addition to guaranteed acoustical performance.

There are two large and four small Music Practice rooms in the facility which required sound control doors to prevent noise leakage in & out of the rooms, we achieved this by installing two double leaf and four single leaf STC51 doors respectively. Adjacent to these music practice rooms are two large classrooms where we installed two STC51 double leaf wood veneered doors in White Maple.

All the doors for music practice rooms and classrooms had electrified locksets. As per design/plan there were three emergency exit exterior doors located in the rehearsal spaces, it was very important to have the performance spaces isolated from neighborhood noise and vice versa. This was achieved by installing STC51 doors with Von Duprin exit devices including an alarm kit.

Because Noiselock doors and windows are completely factory assembled and pre-hung to ensure fit & function, we furnished and installed them all with ease.

All doors and windows were in place and performed as intended, blocking noise traveling in and out of all the music practice rooms, classrooms and rehearsal spaces. They performed above and beyond customer expectations and were aesthetically pleasing while blending perfectly with the surroundings.